Edit
watch 01:40
The Sandman Will Keep You Awake - The Loop
Do you like this video?
Play Sound

As with the original series, four contestants competed. A prize was shown and each player would give a bid for the item. Contestants had to bid in dollars and not cents (as the retail prices were rounded off to the nearest dollar) and could not bid the same amount as any player bid previously for that item. The contestant who bid closest to the actual retail price of the prize, without going over, won the prize and advanced on to the stage for an individual pricing game. A contestant that bid the exact price also received a cash bonus ($50 during the 1980s and $100 during the Emdur versions). If all four contestants overbid, they all had to bid again, lower than the lowest bid. Four initial contestants were chosen from the audience at the start of the show to play the first One Bid round and bid in order from left to right; before each subsequent One Bid round, a new contestant was chosen from the audience to replace the previous winner (new contestants always went first).

Each winner of the One Bid rounds was called onto the stage to play a pricing game to play for an additional prize or multiple prizes.

After a set number of pricing games had been played, the two on-stage contestants with the greatest winnings, or the two who won a qualifying game, competed in the Showcase Playoff.

The two winners were shown a series of between seven to nine prizes. Afterwards, they were given a range, typically of within $100. Within this range was the actual price of the Showcase, which was shown to the home viewers. Starting with the player with the highest total between the two, the players alternated giving bids, with the host saying whether the actual price of the showcase was higher or lower than the previous bid. This kept going until the price was guessed.

Little is known about this version, except that in true Grundy tradition, the set and logo (albeit with a smaller dollar sign) were carbon copies of the American set and logo, although the music is a derivative. As in the American version's half-hour format, three games were played and the top two winners advanced to the Showcase Playoff which involved alternating bids within a $50 price range. The winner of the playoff became one of the first four contestants on the next night.

This version was so successful, that it moved from a daytime slot to a prime time slot.

This was also the first foreign version of The Price is Right, having debuted five months after the original American version. 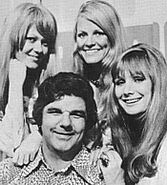 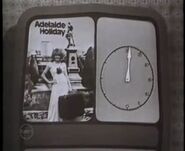 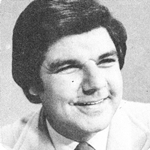 The series was revived for the Seven Network on 7 September 1981, hosted by popular singer Ian "Turps" Turpie, with future Wheel of Fortune announcer John Deeks behind the mic.

While it continued the tradition of a similar set and logo to the American version (a slimmer version of that version's 1972–1973 logo in this case), and another derivative of the American theme, this version had some drastic differences from the Meadows version.

The big difference is that at some point in the run, they invoked a "carryover champion" format, removing one of the three games played in favor of the American version's Big Wheel (a.k.a the Showcase Showdown). Unlike in America, only two players competed, with the one with the smaller winnings spinning first.

Each contestant spun a large wheel (the "Big Wheel") which was segmented and marked with values from five cents to a dollar, in increments of five cents. The wheel had to make one complete downward revolution for the spin to qualify and it had to be spun again if it failed to do so. The winner of the Showdown was the contestant who spun the highest value closest to $1 in one spin or the total of two spins without going over. A contestant whose score exceeded $1 was eliminated from the game. In the event the first contestant went over $1, the second contestant automatically advanced to the showcase, but would spin once to see if they could get $1.

Spinning $1 in one or two spins won a bonus prize. In the event of a tie, a spin-off was held in which each contestant was given one spin.

The winner of the Showcase Showdown faced the champion (who was denoted with either a blue or pink jacket embroidered with "Champion" on it) in the Showcase Playoff, played the same as above. Whoever guessed the exact price was guaranteed to return on the next show, regardless of whether they won the Showcase or not.

There was no limit, champions stayed until defeated, with the longest reign being six shows, and in turn, a grand total of over $66,000, including four cars. 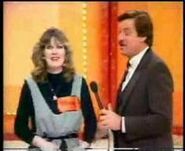 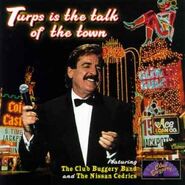 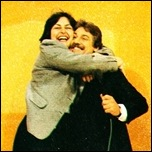 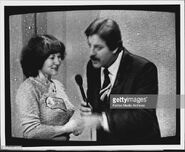 The show returned in 1989 for an hour-long version, again hosted by Turpie airing Saturday nights on Network Ten as part of the Network's attempted revamp that year as "TV Australia"; however, it only lasted 12 episodes. This version bucked the trend of copying the American set/logo/music, and instead using elements that would be more well known on the following version.

This version was an hour long, with two games, then the Big Wheel ($1 still earned a bonus prize), then another two games, and finally the Showcase Playoff.

The Price Is Right was revived again from 1993 to 1998 on Nine Network, hosted by Larry Emdur with announcer Shawn Cosgrove. The show returned to the format of the 1981–1985 version, with no "carryover champions".

One thing to note about this version is it's 500th episode. Besides a cameo from then-American host Bob Barker, and the perfect bid bonus raised from $100 to $500, the format was altered for that day. Each One Bid winner played the Showcase Playoff minus the bidding portion, instead just arranging prizes. As always, the two top winners played the standard Showcase Playoff, this time for a Showcase worth an even $100,000.

The show returned on 23 June 2003 on the Nine Network, again with Emdur (earlier news reports had speculated that former A*mazing host James Sherry would be the star, but it never happened).

At first it retained the original format, but a year later, to combat the Seven Network's hit Deal or No Deal, the show combined elements from both Turpie versions; it expanded to an hour, with two games, then the Big Wheel (with $1 winning $1,000 as in the American version), two more games, then the Showcase Playoff, this time renamed the "Super Showcase", with an eighth prize added, and valued at over $100,000.

Not too long after that, the Showcase expanded to nine prizes, and renamed the "Mega Showcase". The ninth prize was a unit at the Ramada Pelican Waters condominium on the Gold Coast, which was under construction at the time, and was valued at over $455,000. This pushed the total of the "Mega Showcase" to between $500,000-$640,000.

To compensate for the increase, cash bribes were offered at random points in the reveal of the prices. These bribes usually ranged from $1,000 (if the player was way off), to $50,000 (if they had everything in the right order). In addition, so as not to sway players, the price of the car was only revealed at the conclusion of the round.

Towards the end of the run, the show reverted to a half hour, but still only played two games followed by the wheel. The Showcase's bidding portion was removed, the price revealed after the prizes were announced. The condo was replaced with a random cash prize of over $100,000; the Showcase was renamed the "Monster Showcase" in this instance.

The programme ended on 24 November 2005 and Larry Emdur then signed with the Seven Network to host Wheel of Fortune, which was then cancelled after only a few months.

The models of The Price is Right often drew as much interest as the show itself. Many of the models have become celebrities in their own right. Some of these models include:

The Price Is Right was revived again in 2012 on Seven Network, again hosted by Larry Emdur with announcer Brodie Young. This version used the logo and look of the 2009 French version called Le Juste Prix (The Right Price) but in a smaller scale. It was also considered by many fans as one of the worst revivals of all-time.

Speculation of an Australian revival started when Emdur, during a winter 2011 trip to Los Angeles (July), visited CBS Television City, where Drew Carey (who was the host of the American version) had Emdur call down a contestant and host Cliff Hangers during a taping in July for an episode that aired in December 2011. In addition, George Gray (who was the announcer for the American version) appeared on Rove LA, an Australian chat show also taped at CBS Television City (Studio 56) and has featured a Price prop appear on the show often.

In 2012 it was reported in various local newspapers in Melbourne and Sydney that the Seven Network were looking at reviving the franchise.

The first episode paid tribute to former host Ian Turpie who had just died from throat cancer earlier that month.

While the show reverted to its half hour format with no wheel, another drastic change was made. The One Bid rounds were eliminated; contestants went straight to their pricing game.

In addition, compared to the second half of the previous run, the budget was slashed drastically. The show took on sponsorship from department store "Big W", which also supplied the bulk of the prizes, and also offered shopping sprees in most games. By the end, non-Big W prizes were offered.

As before, the two players with the highest earnings played the Showcase Playoff. In the event of a tie, a one bid round would be played.

For the first few weeks, a $1,000 range was offered in the Showcase Playoff, it was soon decreased to its standard $100.

Only six prizes were presented in the Showcase (the only time cars were offered), and the player had 40 seconds to make their selections, when time ran out, those not moved would be locked in.

In the same year, the American website Game Show Garbage was given the Patrick Wayne Award at the time (See the "Links" description for details).

The most recent series had 17 games on rotation, including:

Board Games based on The Price Is Right have been made by Crown & Andrews, including a "Party Night" version.

A DVD game was released by Imagination min the mid-2000s, although it incorporated the 1990s version's logo on the front cover.

Fictional scenes from The Price Is Right were featured in the 1997 comedy film The Castle, showing the narrator's sister appearing on the show, winning the amount of $4,321.

Official website 03' era (via Internet Archive)
Official Facebook Page (2012 era)
The Price is Right is back!! and we want you to Come on Down!!
COME ON DOWN LARRY! THE PRICE IS RIGHT RETURNS TO TV
The Price Is Right (2012) - Seven West Media
#127 - The Australian Price is Right Revival

The Price is Right Promo (9 Victoria)

The Price is Right promo - September 2003

Community content is available under CC-BY-SA unless otherwise noted.
Advertisement